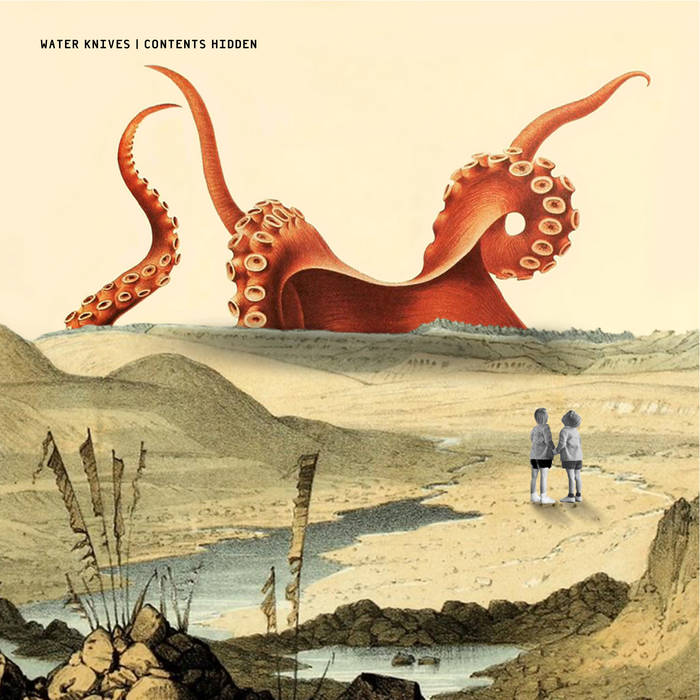 David Turton Get this out on vinyl now!!! Love it to bits😊

nupharfey this album gets me moving in delicious ways. love this beat, love the sound.

asfe One of my own personal most anticipated albums of this year! so happy for this

eyalbason Probably the only disco album I ever loved in my life. Keep it going Favorite track: Horsies.

For us, Yair Yona and Ofer Bymel, Water Knives is a petri dish in which we grow musical ideas we haven’t tried yet. As both of us come from the worlds of rock, avant-garde, free jazz, soundtracks and a scope of other genres, it’s important for us to invent something new.

Water Knives is our way of combining all that has influenced us with all that we’ve learned on the dancefloor during long parties.
The result is Contents Hidden, a collection of tracks that sums up two years of self inquiry, ego disposals, and our rebirth as musicians, without the familiar and the well-known, on an unpaved road which is the new music that we compose in our band.


The music is new in the sense of it not being completely clear what you're listening to. All our efforts to try and define it for this promotional text were unsuccessful. We asked different people (some of which own the rarest of Can 45’s) to write what our music sounds like in their opinion, and the following is what emerged:

"If you look, you can find beneath the different layers, the moments when Boards of Canada were played in some dirty discotheque, the nights when Conny Plank the legendary producer fell asleep on his console while working on the sound of longing, the sunrises of Shpongle and the sunsets of Rival Consoles, the nights of James Murphy, and the moments that consciousness entirely forgot but swore it was present."

In the seven tracks that make up Contents Hidden, we zigzagged like a classic progressive rock band - without the robes - between afrobeat and techno, psychedelia and disco, subtle hints of trance and spy movie soundtracks, and lots more that we allowed ourselves to be.
The closing track is a happy techno vibe homage to the mythical producer Joe Meek, and his Tornados, and their immortal classic Telstar.

Over time we’ll release a number of singles in 'Maxi Single' fashion. In other words each track is accompanied by a number of remixes.
We're happy to introduce you to the first single "Follow Me To The Über Mandarin", with remixes by Funk Sinatra (Eyal Goldman) and 1204.Beats (Roy Yarom).

A special thanks to Shimon Tal who with his heart, soul and talent, recorded and mixed Contents Hidden. The mastering was done by our long time partner Udi Koomran.
This is the story behind Water Knives' album, and now it's yours.

****
Release Date: October 1st 2018
RIYL: LCD Soundsystem, Shpongle, Krautrock, IDM
Tracks to jive to: All of them, depends on how you got up that morning

Fusing our passion for psychedelia, club music and journeys.
Danceadelica if you wish.
We're a duo from Tel Aviv, these are our stories.

Bandcamp Daily  your guide to the world of Bandcamp

Benji B talks about his new compilation ‘Deviation Classics’